The Station Master – A ghost story 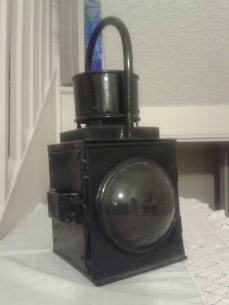 The messenger banged on the door until the Station Master opened it dressed in his pyjamas and great coat. The messenger barely held in a laugh at how the man, who was an absolute tartar when working, looked so silly. He gabbled out his message.

‘German ships off the coast, Station Master. Heading this way. We have to stop the trains here, turn back any we can.’

‘Slow down boy. Tell me again.’

‘It’s the Hun. They’re coming up the coast. We’ve got to stop all of the trains, turn back any we can.’

‘Ok boy. You get on to Whitby, I’ll get organised here.’

The Station Master, being a kindly man if somewhat of a hard task master, sent his wife, children, maid and the station porter inland away from any danger. By the early hours of 16 December 1914 he was on the platform, still dressed in his pyjamas, coat and slippers, holding a red lamp out over the line. There were no trains due until 06:42 but war had played hell with timetables and there were often unscheduled trains through to and from the harbour. So the Station Master paced his platform, waving a red lamp. Soon he was standing, shivering and soaked through, at the end of the platform waving the lamp on the end of a long pole across the line.

The night was cold and wet. But he knew that the lives of anyone on any train passing through could depend on him so he carried on swinging the lantern through the cold. He carried on when the wind blew the rain sideways and drove it in to his uniform, chilling him to the core. He carried on when even though the wind blew so hard that he had to lean in to it to keep him upright. He knew that he could not move, even to go for a dry coat. And he’d sent away the only people who could take a turn or bring him dry clothes. So he stood there, swung the lantern, and waited.

The 06:42 was about two hours late. So the Station Master had been out for the best part of seven hours in the worst weather for a generation when it arrived. The driver saw the lantern swinging and stopped just short of the platform end. The Station Master stayed where he was, swinging the lantern. The driver and engineer shouted to ask what was wrong. When they didn’t get a response they finally climbed down from the warmth and relative dryness of the cab and walked over to where he stood. When they got there he was still waving the lamp. The driver touched him on the shoulder. He was dead. He had frozen in place and the lamp was only swinging because of the wind.

Sometimes, on December nights, especially when it’s windy, he can still be seen on the platform swinging his lantern.

In December 2015 I spent some time in the Station House at Ruswarp with a group of friends. This is one of the stories inspired by that visit – on a very windy night I sat and worked up the first draft, which was later amended to introduce the 1914 bombardment of the East coast in to the story.